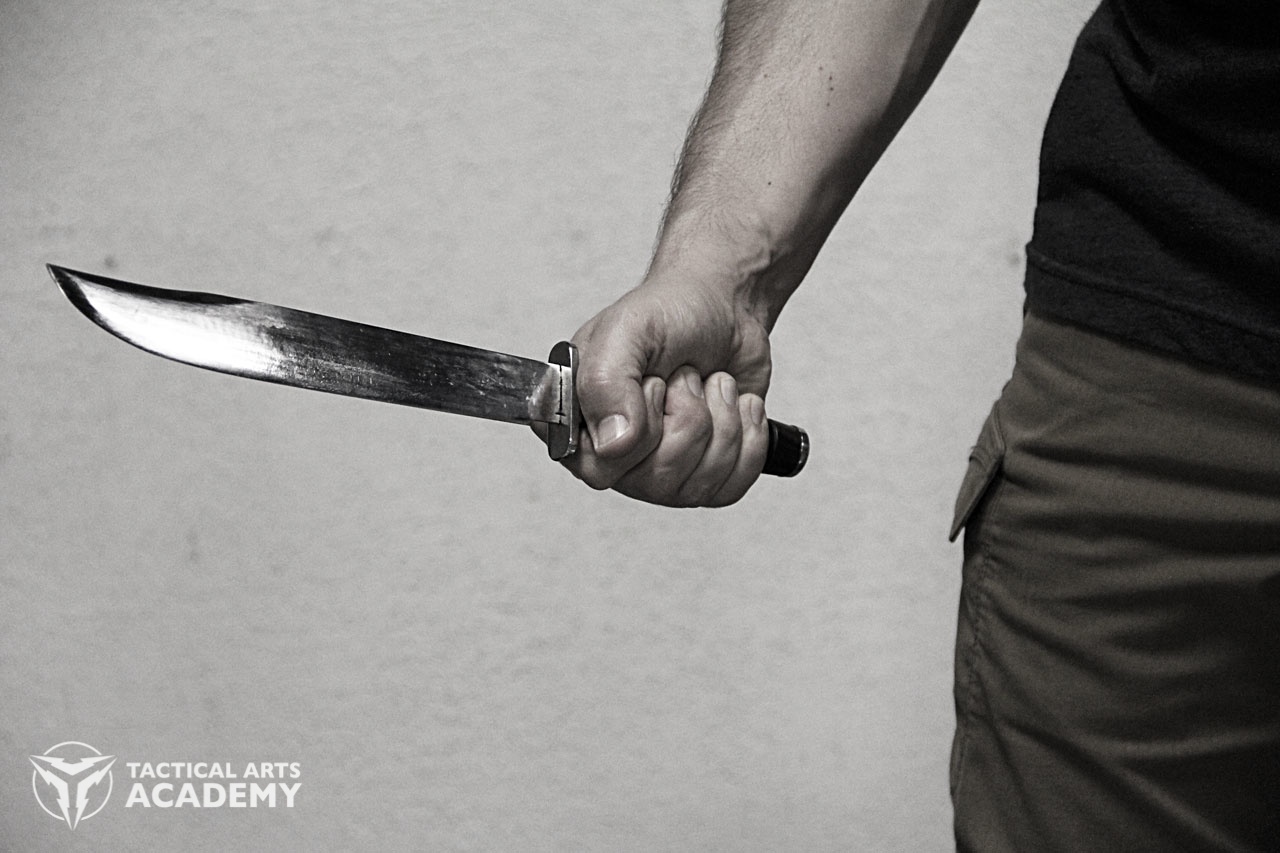 Knife assaults occur in a variety of circumstances and have a wide variety of victims.  Knowing more about situations that lead to knife attacks will help you better understand who and how you need to train for self defense.

Who are the Victims?

It can happen to anyone from anyone.

In many cases, the choice of victims simply does not make sense.  In 2013, Ryan DeSoto of Hagatna, Guam, went on a rampage targeting people that resembled his girlfriend, who had recently broken up with him.  He killed 3 and wounded 11.  His girlfriend had moved away, so he picked the next best thing to attack, someone who looked like her.

Min Yongjun of Central China's Henan province injured 23 primary school students and one elderly woman in December 2012 because he feared the end of the world was coming.  There have been many mass knife attacks on children in China, but most seem to have been an outburst of rage or despair.  Before this attack, Yongjun had heard rumors that the end of the Mayan calendar meant the end of the world was coming with it.  Apparently, attempting to kill children was his solution.

April 2014, in Alberta, Canada, University of Calgary student, Matthew Douglas de Grood, attended a residential party where he found a knife and, one-by-one, killed 5 other partygoers.  There were no drugs or alcohol in his system and no clear motive for the attack.  He had been welcomed in the house minutes before.  Everyone was completely caught off guard.

These are just a few examples of attacks that would be difficult to predict.

Often in these type of attacks, there was little or no connection between the attacker and the victims.  The attackers rage was caused by discontent or frustration from another source, but the attack was made on any available victims.

In truth, you are wasting time if you are being attacked and are wondering why.  You simply need to act.  If you try to figure out why, then you will end up a victim.  If you decide to take action and fight immediately, then you have a much better chance of being a survivor.

Yes, you should anticipate a potential attack from someone who is acting suspiciously and may have motive, right or wrong, to attack you.  However, you will not always be able to determine why you are selected and therefore must not feel you are safe if you can just “ reason" with your attacker.

Knife attack statistics in the US

The FBI Criminal Justice Information Services Division reports yearly on crime in the United States. They use data from agencies that submit data to the FBI, so it is not complete, but it is useful.  The most recent data from is from 2014.

If you put all these crimes together, then the odds of you being in a knife attack or being threatened with a knife are high enough for us to pay attention.

Furthermore, if it were not for such excellent medical care in many of our cities, the murder rate would be much higher in these statistics.  Here in Austin, as in many cities with good emergency care, if you come into the emergency room with a pulse, you are 99% likely to survive.  Students of mine who work in the medical field have seen patents walk into the emergency room with knives lodged in the chest, neck and even in the heart.  Thanks to a little luck and the right care, they walked out alive and were only listed as victims of aggravated assault rather than murder.

Situations in which homicides with a knife occur

In the FBI report, the primary situation cited for the homicides in 2014 were arguments of some kind.  These are likely mostly from domestic disputes, wherein those who live together have a confrontation that leads to violence or abuse.  Contrary to what we might guess, these situations involving homicides with knives were much more common than those of robbery, gangland killings, or rape.

Otherwise, only 15 murders were reported as having to do with romantic triangles.  Read the report.  I’m not kidding.

In fact, the reasons or motives leading up to knife attacks are no different from other types of attacks.  Unfortunately, you will not necessarily be able to avoid them by staying out of particular places or hiding from public contact.  Though you can easily avoid "bar fights" by staying out of bars, you likely cannot avoid contact with family members in your home or avoid encountering strangers outside of your home who may randomly choose you to be their victim.

Though some situations may more likely lead to violence than others, in regards to statistics, you really can be attacked by almost anyone regardless of your relationship with them, known or unknown.  In fact, murders of all types in 2014 come from attackers who range from around 13 years old to 75 and older. You have to worry about adults of any ages as well as kids too.

When you are the subject of a spontaneous knife attack, you do not need to know why you were selected as the target, you just need to know what to do immediately.  You may never know why someone chose you as their victim, don’t let that stop you from defending yourself immediately.

Though the numbers of knife related assaults and murders are not in the majority of all other weapon attacks, they are significant enough numbers to suggest that we need to train to be prepared for attacks using a knife.

Aside from using situational awareness, and perhaps, trying not to argue with people, you also need to be physically prepared to defend yourself against a knife assault because it can happen anywhere, including in your home.