By accepting you will be accessing a service provided by a third-party external to https://tacticalarts.com/ 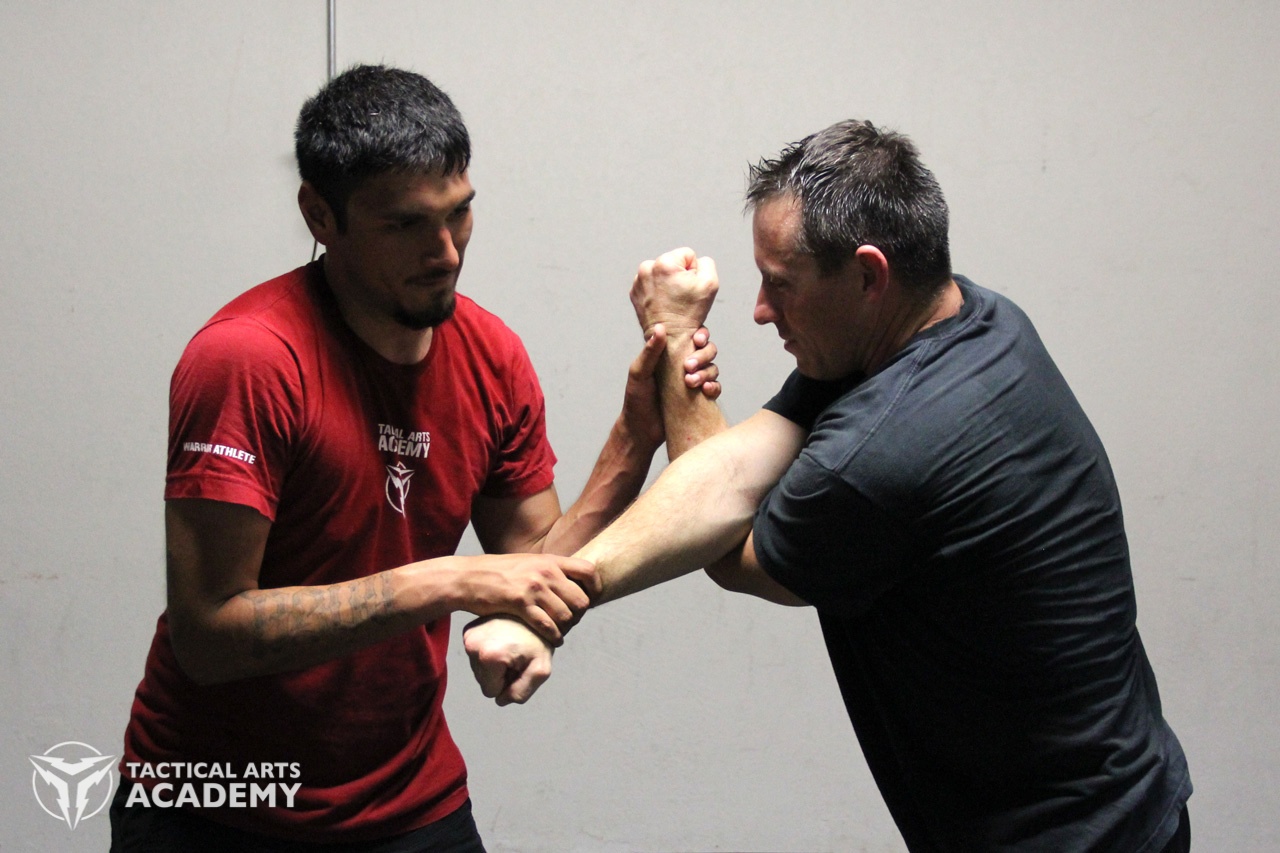 The late Guru Besar Herman Suwanda taught us that the many styles of Pencak Silat in West Java all have a similar structure. Because of this, he and the Suwanda family were able to incorporate many of them in their hybrid family style, Pencak Silat Mande Muda.

If you are studying Pencak Silat, it is important to know the curriculum structure so you can have a more complete understanding of how to organize what you learn. At Tactical Arts, we study Pencak Silat Mande Muda, so the information below will be based on Mande Muda. Like the other styles in West Java, Pencak Silat Mande Muda has three main parts. These parts are jurus, buah, and kembangan. See how these are each defined below:

In any martial art, there are techniques and combinations that are seen in several techniques and training drills. In Pencak Silat Mande Muda, many of these combinations and techniques are contained in short forms, called jurus. Jurus literally means “root.” This is appropriate because these forms serve as the root or foundation of your training in Pencak Silat. By practicing the forms and the material contained within, you will develop coordination, flow and proper body mechanics for applying Pencak Silat. In addition to being a tool for cultivating coordination, jurus act as the roots of many other techniques.

In training jurus, you will develop a foundation. It is important to note that you will not learn every situation possible by learning jurus and their related applications, but you will get the building blocks needed for learning many other options. Most jurus are performed alone, but some are in the form of partner drills. Some jurus are somewhat general, or have less specificity in movement to their related application than others. Whereas, other jurus may have very particular movements intended to help coordinate you for very specific applications. By learning and practicing multiple jurus, you will develop a diverse set of basics and coordination for Pencak Silat.

The buah of Pencak Silat are the applications themselves. Buah means “fruit,” and is the technique that you have learned as a result of your practice with the jurus. Jurus are the forms and structured drills, but the buah are techniques when used combatively on a partner or opponent. From the root mechanics, techniques and drills cultivated in the jurus, you have developed the skill to block, strike, control or takedown your opponent. These are the buah.

The buah is based on your practice of the jurus, but it may not exactly mimic the jurus. Sometimes this is true because the jurus was purposefully designed to be vague, so a new student could not learn to apply the technique without first developing trust with the instructor. In other circumstances, the jurus are just more conventional. Though they may not have the exact movement of the buah, they have a the gross mechanics and still serve as a suitable reference and exercise.

The buah are skills that are initially developed with the jurus as the foundation. There are also the expressive aspects of Pencak Silat that come from the jurus known as kembangan.

Kembangan, meaning literally “development" or “flowering,” is both an artistic expression of Pencak Silat and another training tool. Kembagan was originally an expression of a Silat fighter's favorite techniques, organized in a fighting sequence. It served as a victory dance wherein he would show off how he defeated one or more opponents. It later became a training tool, like the jurus. In fact, the jurus are a more recent development in Silat as a teaching and curriculum organizational tool.

The kembangan of West Java are some of the most organized and complex. They can be structured around several conventions much like poetry. Performed in coordination with music, the kembangan may contain several different tempos and drumming patterns all based on the action being performed and the intended expression of the form. This may range from a slow intro to a full speed fighting sequence.

A good kembangan will make sense. If you have experience in Silat, then you will be able to follow along while watching someone perform and imagine the opponents as the fight progresses. A poorly designed kembangan may look nice, but lacks a logical sequence of actions. A good kembangan will display the grace of the artist and follow a logical progression.

Pencak Silat Mande Muda has both self-defense and artistic expression. It offers the opportunity for the student to explore both the practical side of martial arts, as well as the culture behind it.

Many of us who are committed to training realistic self-defense, are uncomfortable with things like stylistic forms and artistic expression. I enjoy the cultural side of Pencak Silat, but because of my personal preference, I spend the majority of my training time on application. However, while visiting Indonesia in my early days of training Pencak Silat, I met a few grandmasters who were great at kembangan. Their skills at kembangan did not appear to detract at all from their ability to kill many, many people in defense of their families and country during their fights for Indonesian independence.

In our classes, we spend the majority of our time on drills and practice that will directly improve the application of our techniques, but we touch on some of the cultural elements from time to time to provide a more full understanding of the arts. It's actualy quite nice to learn something that is both deadly and beautiful.

If you are interested in Indonesian martial arts, consider joining the Tactical Arts Academy Pencak Silat Program. You will learn practical locks, breaks, takedowns and throws. You will also be exposed to the exotic side of the arts for a more rich cultural experience.

LEARN ABOUT OUR PENCAK SILAT PROGRAM

Tweet
Tags:
pencak silat curriculum
Learn to be Effective when Practicing Pencak Silat...
Do or Die: How to Build Confidence in Self Defense

Learn to be Effective when Practicing Pencak Silat Technique